Join us for the 2022 parade which is scheduled for this Sunday September 18th at 1pm. There will be a ceremony at Basilone Statue after parade around 2:30 PM.

John Basilone is the only Enlisted Marine:

We have registered a truck and trailer for the parade. Currently we have 8 people going, 7 in the trailer. If you have not yet RSVP’d that you want to be in the parade, please email info@hcmcl.org ASAP that you will be attending so we have enough chairs for everyone.

The uniform of the day is our cover, red polo, black pants, black shoes. If you don’t have the detachement red polo. A red marine corps polo or other red or patriotic collared shirt will work. Please let us know if you have any additional questions on the uniform.

On parade day groups participating in the parade need to “check in” at the Registration Desk at the Raritan Train Station. The desk opens at 9 AM.

We will be there by 11am so that we can get organized. The people at the registration desk will point you in the direction of the person that will show you where we are in the parade lineup.

For first timers, reminder Raritan is in Somerset County next to Somerville and Bridgewater. A good GPS address to get to the Raritan Train Station is:

Remember – the parade is rain or shine.

As for parking for the Basilone Parade, Raritan is a downtown with somewhat crowded side streets.

Those participating in the parade may park at the Raritan Train Station – if parking spots are available. The earlier you arrive, the better chance you have of getting a parking spot at the train station. Other parking is available on the many side-streets in Raritan. In addition, there are two banks on Raritan’s main street – Somerset Street – which have around 16 parking spots each. Those banks are the PNC Bank at 9 West Somerset Street and Somerset Savings Bank at 802 West Somerset Street. There is also parking at LabCorp which is on Johnson Drive – which is off First Avenue. Also, along the river, the southern park of town, there are several small parking lots on Canal Street and Orlando Drive. 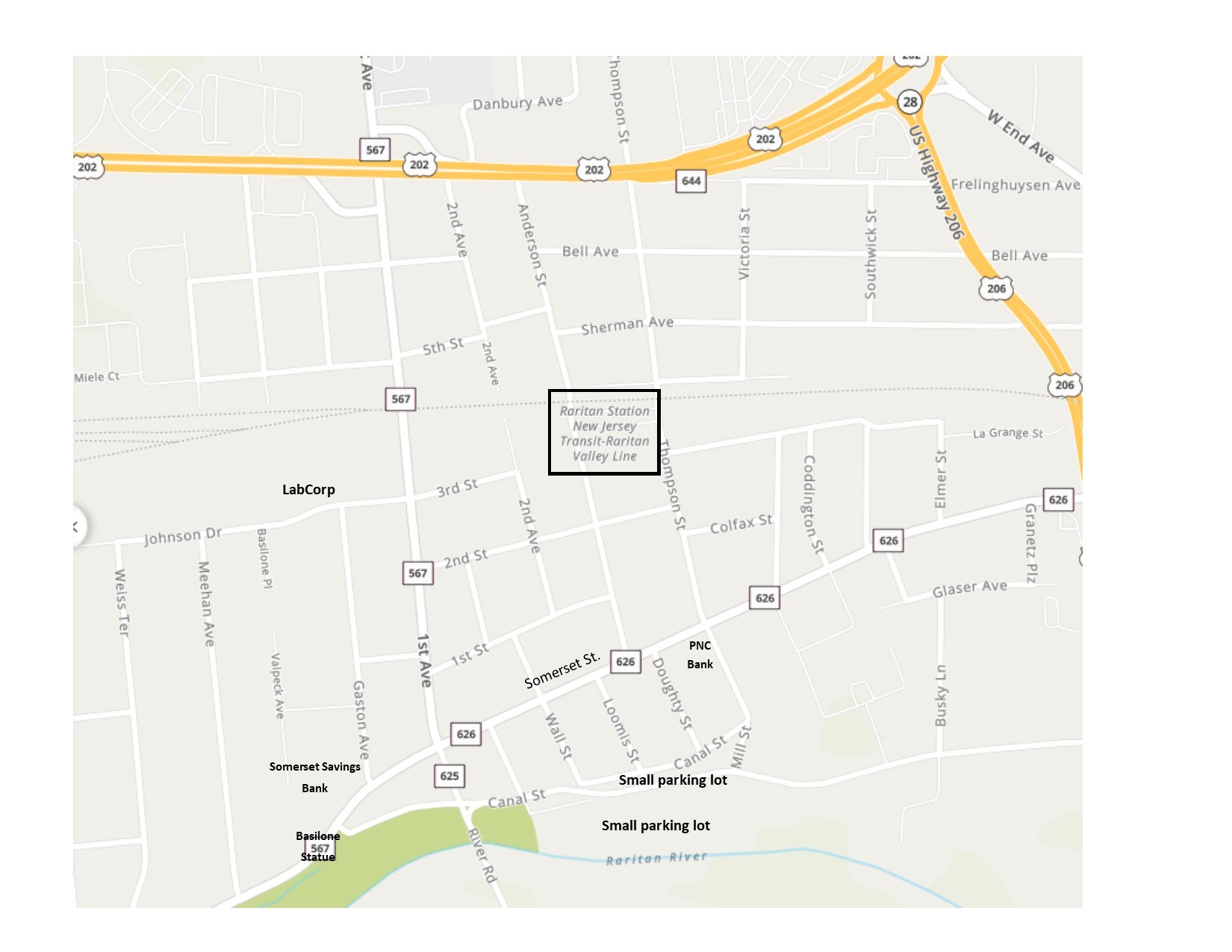